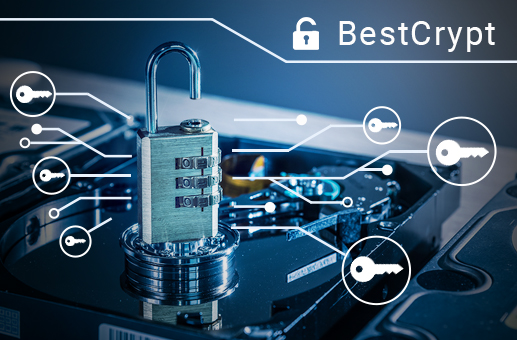 Full-disk encryption is routinely used in the criminal world. Forensic evidence stored on encrypted disks can be only accessed if one can produce the original encryption password. The ability to analyze evidence stored on encrypted disks becomes essential when performing digital investigations. We built the complete set of tools to enable forensic experts run hardware-accelerated distributed attacks on passwords protecting encrypted disks and disk images created by BitLocker, LUKS, PGP, TrueCrypt/VeraCrypt, FileVault 2, and now BestCrypt.

BestCrypt is extremely secure and tough to break. As an additional security measure, its developers utilized a method to prevent hardware-assisted attacks by requiring large amounts of memory that none of the current generation of video cards have. This method ruled out GPU acceleration, making the attacks CPU only. Because of that, the password recovery speeds for the new format are extremely slow. Successful recovery relies on simple passwords and the human factor.

Our tools feature a wide range of attacks targeting the human factor. The attacks range from the simplest dictionary attacks to masks and automated mutations. The most advanced attacks can combine words from up to two dictionaries with a scriptable syntax for producing password variations based on the rules. In addition, the attack can be launched on up to 10,000 computers with flexible management.

We have also improved support for a large number of formats; refer to Release Notes below.

Season’s Greetings and 2021 in Review